I have a second piece published in Landscape Photography Magazine. This time it is based on one of my favorite hangups; photographic rules:

Okay, let’s just admit it, I do have a bee in my bonnet. Well, to be fair and honest, the bonnet’s so full of them It would be difficult to squeeze another one in. But, the one in question is that good old one about compositional rules in photography.

If I was ever going to write a big thick book about photography it would be about composition, and if I was going to write a really slim one it would be about composition. I think I first said that over thirty years ago when I was a very cocky 20-something and it was in a response to someone trying to explain the rule of thirds to an architect and the architect saying “don’t you really mean the 1.1618 golden ratio”. Now I think I have got it down to an essay…

The problem with compositional rules is that we can all meaningfully draw valid construction lines on any reasonably good picture, just as well as we can meaningfully draw similarly valid lines on some truly awful pictures. Indeed, the support for golden ratio of 1.1618 holds up about as much as the da Vinci Code – its downfall is that we, as analytical entities, will see patterns and meanings in anything and everything.

The problem is that we are not actually talking about rules, we are talking about aesthetics. Aesthetics are much less quantifiable than rules because, at the same time, they are … Read more on https://landscapephotographymagazine.com/2018/scot-gillespie-rules-vs-aesthetics/ 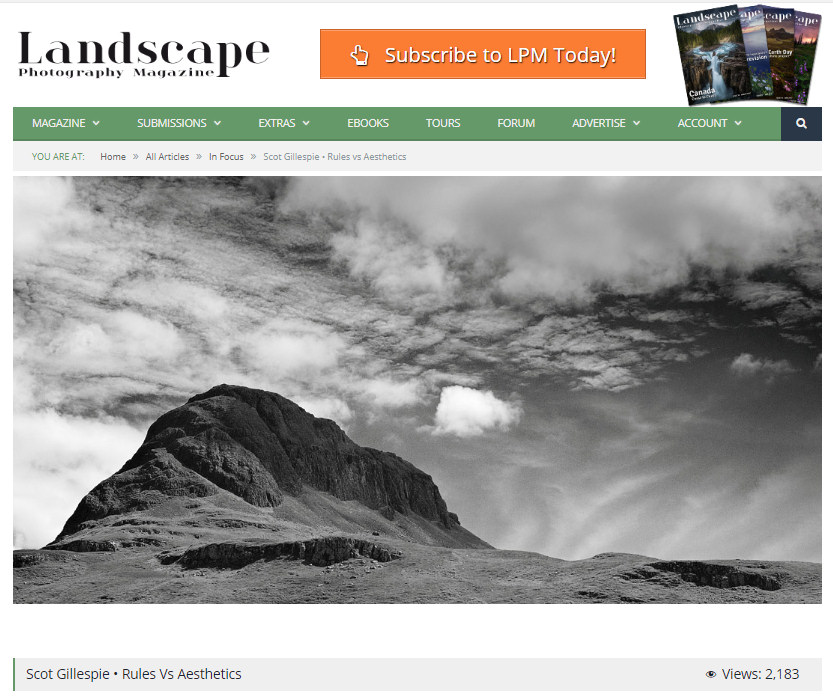